1930: H.V. Slade decided that Garrard should design and manufacture a "Prestige" electric motor, the same as The Garrard Super Motor was for the spring motor era. This was an AC Induction motor, the Garrard 201.

“It had a die-cast aluminium rotor with a soft iron laminated insert which revolved around a stator having 30 coils, underneath each coil was a copper band around a stator pole, the copper bands generated the current to start the motor revolving and they were called starter bands. The rotor was fixed to the turntable spindle whose speed was controlled by a mechanical governor as had been used on spring gramophone motors.”

It became popular with Hi-Fi enthusiasts and was used by the BBC, and other broadcasting stations and recording studios throughout the world. It was also used by cinemas and theatres to play gramophone records during intervals, replacing orchestras and organs.

In its earlier days it was reviewed simply as the Garrard Induction Motor. The two Garrard patents marked on the motor are 320729/1928 and 332547/1930 both for the governors. 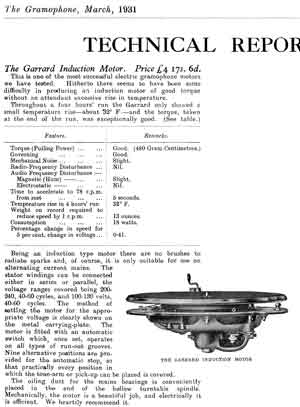 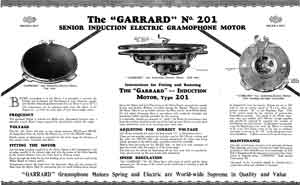 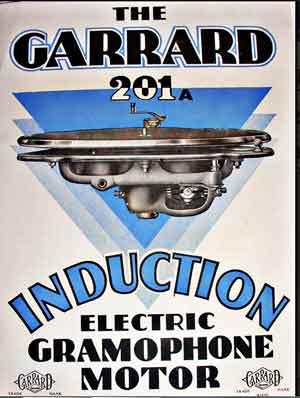 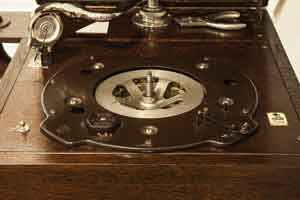 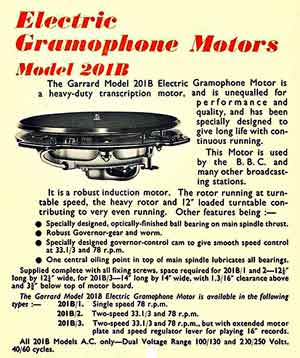 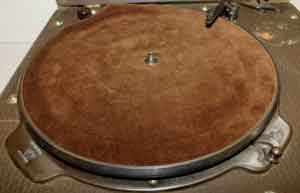 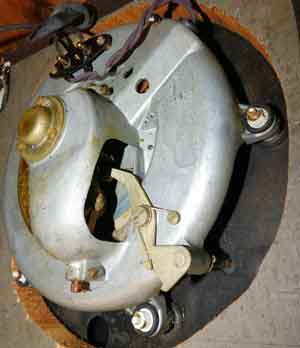 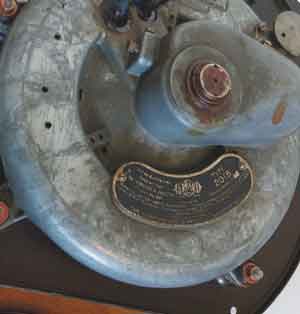 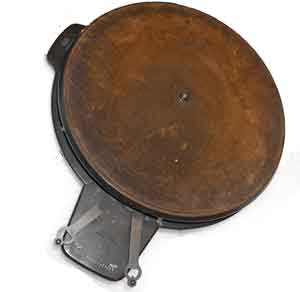 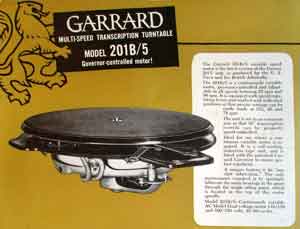 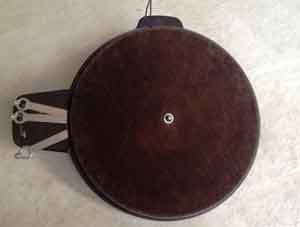 Garrard 201: Made for export mainly to the American market. 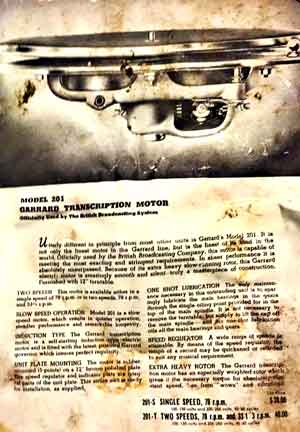 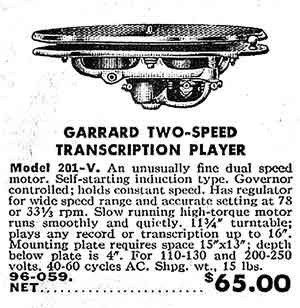 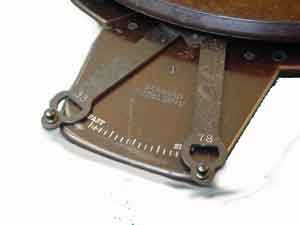 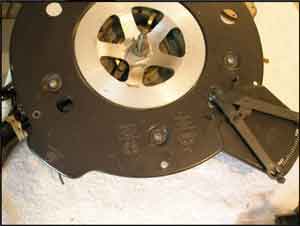 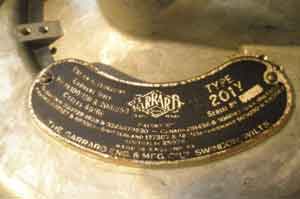 Garrard 201: Customized for the BBC

The Garrard 201 was the very first Transcription turntable and as such was taken up by the BBC throughout the U.K. These workhorses were often customized to suit fixed radio station and also for “on the field” work. Even these would be portable units were very heavy. Garrard most likely did the customization.