A collection of E.M.G soundboxes (reproducers), including some that influenced and inspired David Phillips, who "tuned" the early E.M.G soundboxes. Phillips had been tinkering with soundboxes from an early age, making gramophones out of cigar boxes.

By 1925, Henry Seymour and Percy Wilson, designed the new Seymour/Wilson pivot bearing tonearm with Quincke Tube. It followed Percy Wilsons "Needle Track Alignment" formula, reducing tracking error to a minimum which extended the life of fibre needles and enhanced overall frequency response. The Quincke tube created an adjustable air chamber which helped in "tuning". However, this improvement showed up the limits of the Seymour soundbox, so the hunt was on to find a new soundbox that could be "tuned".

The inspiration came from the ubiquitous, Victor/HMV Exhibition soundbox. In c.1923, a Russian watchmaker named Harry Virtz turned his attention to soundboxes and altered existing HMV 2 and HMV Exhibition soundboxes by adding a crossbar to the base which gave the stylus bar positioning more variations, thus allowing the soundbox to be "tuned" for different gramophones and different records. William.S.Wild, a member of The Gramophone Committee specialized in the making and use of doped bamboo needles. Separately, they marketed their soundboxes and bamboo needles in, The Gramophone Magazine with great success. Wild also was "tuning" Meltrope and the highly advanced Connoisseur soundboxes. The E.M.G soundboxes are basically structured around these alterations. Wild and Virtz may well have built some of the very early E.M.G soundboxes. Virtz's unique cross-cut needle thumb screw can be found on early examples of E.M.G soundboxes. From Sept 1925, The Gramophone ad, "..for a small charge a box will be supplied specially made, tuned and tested by Mr. Virtz..."

The Meltrope patent seems to have been freely used by all parties, presumably because sales and promoting each other's wares would benefit all.

Around this time, there were several major improvements in soundbox development. One, came from when Harry Burden brought David Phillips his aluminium diaphragm with annular rings. Another was the lifebelt, which was the rubber connector between the soundbox and the tonearm. The flexibility given to the soundbox allowed it to pick up a wider range of frequencies from the record. Orchorsol used a form of the lifebelt on their elaborate soundboxes and then Meltrope refined it with their patented "milled locking ring", which became standard on all E.M.G soundboxes.

In Early 1929 when EMG moved to Grape St; Michael Ginn persuaded his friend Horace Hill to move his engineering business into the basement. Horace Hill made all the metal parts for the E.M.G gramophones including machining all the parts for their soundboxes. After the split, Horace Hill move out of the basement at Grape St to Great Ormond Street. Here he continued making soundboxes for E.M.G and now EXPERT on an independent basis.

It is very possible that Hill also machined the parts for the later Astra soundboxes sold through The Gramophone Exchange. Apparently the Astra soundboxes were made under license from EMG. No patent has been found for any of these soundboxes and it’s assumed everything was done on a gentleman’s agreement.

Francis James: ” Edward Creese a close friend of David Phillips and Ginn assembled the EMG boxes, and later the Expert boxes, and I believe he did the basic tuning, which was fine-tuned by Dave Phillips.”

After Ginn & Phillips lost E.M.G, the E.M.G 4-spring soundbox was refined but pretty much stayed the same under Balfour Davey

There has always been heated debate about soundboxes, "tuning", steel needles, fibre needles, bamboo and thorn. The debate still rages on, even extending to modern day pickups. It's a subjective debate. 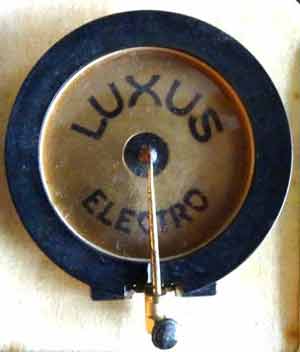 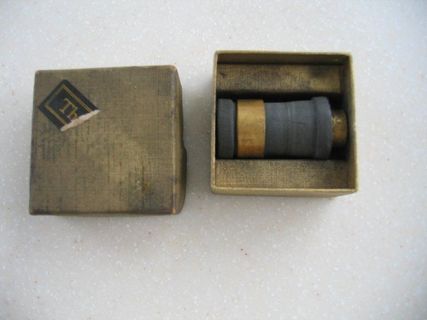