The introduction of the spring motor made the Gramophone affordable to the general public. In 1896, it was improved and mass produced by Eldridge Johnson. Victor in the USA also exported a lot of motors for HMV in Europe. In Europe most of the other gramophone makers used motors mainly made by Garrard, Collaro, Paillard and Thorens. These pages will attempt to document some of these spring and electric motors. Any corrections and new information gratefully accepted. 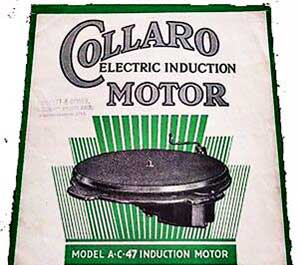 The basic concept of the spring motor (clockwork, wind-up mechanism), came from the, “going barrel” invented in 1760 by Jean-Antoine Lépine.  It produces a constant force by using a long mainspring and coiling it under tension in the barrel. A few turns of the spring creating tension, the remainder pressed against the outer wall of the barrel. The result is that the barrel provides approximately constant torque over the running period; the torque doesn't decline until the mainspring has run down. It was successfully used in wind-up clocks.

Spring motors introduced to the phonograph and gramophone.